“Oh my God, turn that fucking thing off!” Joshua shouted over the Obliterator.

Jamal leaned forward, his head between the front seats, to address Josh and Morgan. “Tell me you have an ETA on your unit.”

“Aren’t you having fun? It’s like Camp of the Damned.” Joshua laughed at his attempted humor.

“Yeah, I’ve seen that film; it doesn’t end well—at least not for us.”

Morgan leaned over and smacked the back of Joshua’s head. “Stop being such a goofball, Josh. Tell the poor man how soon the cavalry will arrive.”

Josh laughed and glanced at his watch. “They should be here any minute.”

The distant sound of moans wafted up from the darkening sky.

“Please don’t get dark yet,” Echo whispered, as if to hide her plea. I wrapped my arms around her tiny frame and pulled her into me.

“Don’t worry, I won’t let anything hurt you.”

The words took me back to broken promises from the past. Susan—another young girl I’d promised to protect. That failure would eat at my heart for eternity. The only thing to be done was to finally make good on a similar promise and ensure nothing happened to Echo.

“By the way, what’s the plan once we’re gassed up and on the road?” Jamal spoke softly. I loved that about him, how he always knew when to effect peace in a room—one of his many gifts.

“The plan hasn’t changed,” I started. “We hunt down and kill the Zero Day Collective and reclaim Jacob.”

Echo shuddered. “Jesus, when you put it that way it makes Jacob seem more property than prophet.”

The sentiment cut sharply. The thought that Jacob would ever be seen as a commodity to be tossed back and forth between enemy lines was insane. He was my baby, my joy, my hope for life. The idea threatened to spiral me down into emotional withdrawal. I had to change the subject before I reached critical psychological mass.

“Speaking of which,” I added, as I focused my attention back to the laptop, “I need to see if the tracker has any hits.”

It has always been rumored that technology would eventually be the ultimate demise of man. The singularity would occur and machines would take over. The tiniest fragment of my intelligence begged me to consider it possible the singularity had finally arrived—in human form. The lowest common denominator had won out and would overtake the planet with predictable stupidity and greed. Ignorance and power were the new currency.

I propped the laptop back on my lap and minimized the Obliterator application. In its place came the tracker. The application ran in the background, collecting tons of data from the network at large. Any time specific suspect words were captured, traveling across the global network of connected computers and communication satellites, a flag would be raised and the data packets logged. Once the tracker had collected enough data, I could sift through the information and begin piecing together the location of the Zero Day Collective and Jacob. It was only a matter of time before they appeared on my radar. The NSA and Sherlock Holmes had nothing on me.

As soon as the tracker window was open, Jamal peered over my shoulder, his eyes wide and his mouth agape. I could feel his warm breath on my neck as my eyes ripped through the information. A pattern started to develop.

“Bethany,” Jamal whispered, “that’s Boulder, Colorado. But what does it mean by “Mobile unit”?”

“Well, Jamal, I would assume it means that whoever is sending out these communications happens to be on some sort of mobile Zero Day Collective biological unit. In other words, it’s moving.”

Jamal sighed. “So getting a fixed location isn’t likely.”

Jamal grinned. “Yes, but…if you get a number of consecutive coordinates, you can at least predict where the unit will be at a given time. Of course, that would require knowing what type of unit and at what speed they were traveling.”

Before Jamal could continue, I silenced him with a palm to the lips.

“Joshua, how quickly can you get us to Boulder?”

Again, Morgan smacked Josh across the back of the head.

“I’m just fucking with you. We get back up to speed soon, and I can have you there in a day…tops.”

Before I could answer Jamal, a soul-destroying roar ripped through the truck. The prehistoric release was followed by the shattering of glass and a pale arm reaching into the truck. Dirty, blood-soaked fingers tangled deep into Echo’s hair and yanked hard. Echo released a cry that was almost too high in pitch to hear as the arm pulled her head toward the shattered glass.

“Oh my God, look at its ears,” was all Morgan needed to say.

Blood was caked around both ears. A thick, viscous liquid bubbled from the holes on the side of his head.

“The fucker cracked his skull on the cement until he went deaf,” Joshua added. “Perfect immunity to the power of the Obliterator.”

The beast gave another tug that pulled Echo’s head nearer the shattered window. Echo’s arms flailed outward to thwart the thing’s attempts at commandeering her skull. 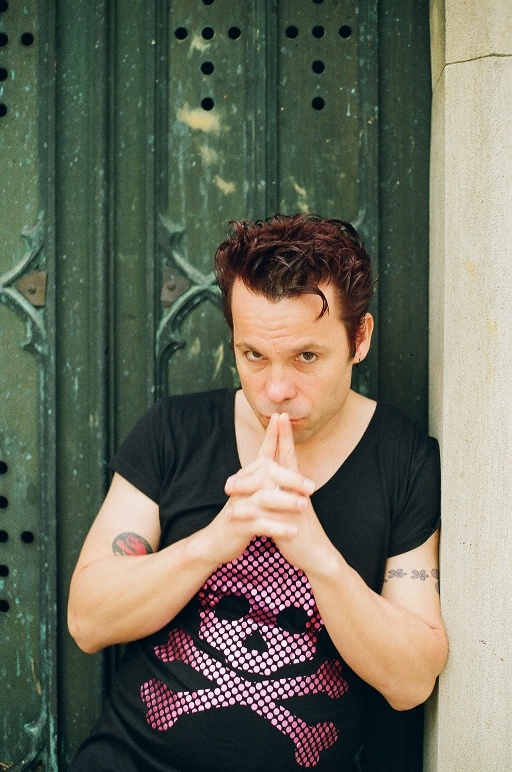 The stench of frozen rotted meat is in the air! Welcome to the Winter of Zombie Blog Tour 2014, with 10 of the best zombie authors spreading the disease in the month of November. 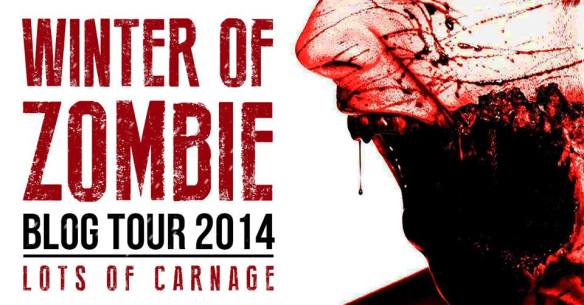 Stop by the event page on Facebook so you don’t miss an interview, guest post or teaser… and pick up some great swag as well! Giveaways galore from most of the authors as well as interaction with them! #WinterZombie2014

AND so you don’t miss any of the posts in November, here’s the complete list, updated daily:

Where to read this book:

From reviews:
“Lots of fun, good monsters and good stories. My grandson loves this!” — Amazon review

Where to read this book: