What are the challenges in creating a believable character that is younger than you, the writer? 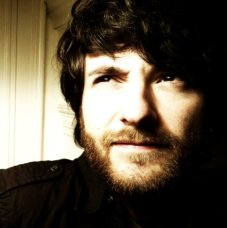 It’s certainly very tricky.  As an adult—and especially as an author—I do believe that it’s important not to emotionally separate myself from the personal issues of people who happen to be younger than me; when a person does that, it puts up a kind of barrier, a barrier that blocks the adult from empathizing with younger generations.  It’s a terrible trap, but it’s an exceedingly easy one to get ensnared in.  As an adult, it can be challenging to remember that the terrible struggles that one went through as a child or teenager weren’t laughable.  No, back at the time, these struggles were very important and often very painful.  This is why many teenagers tend to get angry at adults, I believe.  They feel like adults don’t understand them – and the truth is, they often don’t.

Adults tend to glamorize childhood.  Why?  Because back then, we didn’t have to worry so much about finances, relationships, jobs, et cetera.  As a result, it’s incredibly tempting for one to say that childhood was a blissful, happy time of wild abandon.  But I’ve found that for most people, that perception is not really true to life.  Children and teenagers don’t have the freedom that we adults take for granted.  Most children struggle through their early years; they struggle with loneliness, bullying, rebellious tendencies and so on.  Teenagers have to contend with a heightened awareness of their impending adult responsibilities, as well as the sudden onset of messy relationship drama, intensely sexual situations, peer pressure, alcohol and drug use.

When it came to writing Ethan Cage, the protagonist of The Cage Legacy, I made a point to step away from my (at the time) 22-year-old adult self and remember who I really was as a teenager.  I asked myself; what kind of personal issues did I struggle with?  What was important to me at the time?

Of course, since Ethan Cage is the 17-year-old son of a serial killer, his problems are greatly magnified.  Ethan is constantly in a battle to retain control over his emotional impulses; he’s angry at the world, stubborn, frustrated.  He wants to control who he is—his adolescence is like a prison cell to him—and every time another bit of control slips out of his grasp, he panics.  His id grows stronger than his ego with every failure, with every harsh judgment passed upon him.  Though very intelligent, Ethan is a self-conscious introvert who struggles to properly communicate with his loved ones, especially when it comes to his girlfriend, Whitney.  He constantly feels underestimated.  He’s torn between the urge to disappear into the background and the desire for some degree of recognition and/or acclaim.

As adults, it’s easy to look down on a teenager’s problems and say that we “know better.”  But if we do know better, it’s only due to the fact that we went through the trial by fire ourselves, got burned, and came out the other side alive.  Instead of diminishing the importance of teenage tribulations, I think it’s important to really understand where a teenager is coming from.  An adolescent’s pain is no less real than an adult’s suffering, it’s just different.

***You can pick up Nicholas’ books through AMAZON.

(Want to take part in a single question interview? Contact me for your question.)

As an Amazon Associate I earn from qualifying purchases made from links I share both here on on my associated social media accounts.