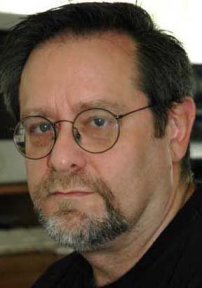 Q: Tell us a little about your writing. What is your typical genre, your style, the voice you aim for and such.

A:  I tend to be genre challenged. At the moment I have two novels out. One is a western entitled Corryville. The other is a fantasy/adventure that sports the ambitious title Jasmine’s Tale: Darkness And Light, and involves a witch and her private detective husband, which in itself mixes genres. What both novels have in common are the elements that I consider essential to storytelling. Character development is probably top of the list; readers don’t care about characters that they can’t relate to. A story should be well-paced, which, for me, translates into fast-paced. Believability is crucial. No matter how fanciful the concept, the plot and motivations of the characters must make sense. I also like to sprinkle my stories with liberal dashes of historical references, so research is very important. Dialogue is also important… plus I love writing it.

Q: What are some of the endeavors you have on the horizon, or have been participating in?

Q: Do you prefer longer or shorter fiction? And what do you think each provides for your writing?

A: I’ll read anything from graphic novels (which I still occasionally refer to as comic books), magazine articles and poetry to short stories and novels.Some of those catagories, such as articles and short stories, often have set limits. A novel is a different kind of animal. I think a novel determines its own length. I can’t concentrate on writing a story if I’m preoccupied with a target word count that I want to hit. My books tend to be fast-paced and concise, simply by virtue of my writing style and what I like as a reader.

Q: Let us know a little about your favorite character that you have created, and what makes them your favorite?

A:  I’m not sure I can answer that. That’s a little like asking a parent which child they prefer. I like most of the characters I’ve created, for one reason or another. In Jasmine’s Tale, for instance, I really like Sam. He’s not always sure what’s going on, as he’s often pitted against powerful witches who can put the whammy on him. But he tries hard and usually gets the job done. On the other hand, McGowen, the antagonist in the story, serves as the perfect foil for Jasmine and her friends. The same dilemma presents itself in Corryville. I really like Wade Loveless and Moses White, the two determined and seasoned marshals, but Mike Kenney is a pretty fair villain. It’s really tough to pick favorites, so I usually don’t try.

Q: What do you typically read and how do those authors help to define your own writing?

A:  I just love to read. I grew up devouring sci-fi and spooky stuff, but I’ve spent the last few years kind of obsessed with both crime thrillers and westerns. Basically I’ll read just about anything. Except romance novels, and that’s all I have to say about that subject.

Q: What advice might you offer to other writers in their endeavors? What things have you experienced as set backs and potential deal breakers? Also, what things have helped you to gain exposure, bring attention to your stories?

A: Write. Read. Don’t be afraid to put something on paper just because you don’t think someone won’t like it. Know your subject matter. If you don’t know it, research it. Readers of genre fiction, in particular, know their stuff, so you’d better know it, too. Remember to show your characters’ motivations for their actions. A story has to make sense, even when it doesn’t.

Exposure is a constant battle. Publishing has been changing dramatically for the last few years, so promotional options have as well. The internet is now probably the best tool going for the little-known writer, but traditional efforts like book signings, trade shows, and footwork still have their place. A book is a product. Sell it.

Q: Finish this sentence, “Brian Dobbins is a…”

A: … guy who doesn’t know how to describe himself.

Q: Anything else you would like to promote, say, or rant about?

A: Buy my books. Baby needs a new pair of shoes.

BUY BRIAN’S STORIES DIRECTLY FROM AMAZON BY CLICKING ON ANY IMAGE BELOW: