Write for fun or for fans? 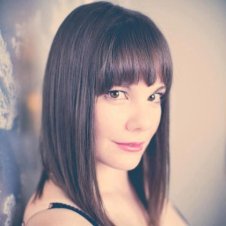 I see two potential interpretations of this question, so I’ll answer both.

First, if we’re talking about crafting my story based on my own desires or what I think my fans will like, it’s a mixed bag. I never write a story with the desire to please anyone but me. But during editing, when I can see the story as a whole and put myself in the reader’s shoes, I might tweak certain things. More often than not, I choose to surprise rather than satisfy in what the reader thinks he/she wants. Without giving too much way about my novel “The Sky: The World,” I had the opportunity to make an obvious love connection at the end of the book. But based upon the character development I’d set in place, a love connection didn’t feel right. I’ve had a few people say they’d wished the characters had ended up together, but I think in subsequent readings, they saw how that would’ve been an illogical conclusion based on the character’s personalities. I’m not going to smash two people into a relationship because it’s the easy/fashionable/sweet thing to do. But if I see a proper way to give readers what they want, I’m more than happy to oblige. After all, a disappointed reader can be a dangerous thing.

Second, I absolutely write for fun. I wouldn’t take on such a hard career path if I didn’t derive enjoyment from it. However, I also want to make a living as a writer. I want people to read and enjoy my work. I would still do it if I didn’t have/want fans, but I wouldn’t work as hard as I do. With 7 active projects and 12 on the backburner, it’s surprising I haven’t gone off the deep end yet. I guess all of the fun I have in fiction is my life raft.

***You can pick up Jessica’s books through AMAZON.

(Want to take part in a single question interview? Contact me for your question.)